AuRa stands for Authority Round. It is the underlying algorithm currently used by the xDai chain to ensure validators produce blocks in an honest and timely fashion. In AuRa, validators take turns proposing blocks, and a majority of validators in the current active set must agree a block is valid before it is finalized. For more information, see https://wiki.parity.io/Aura​

There are plans to update the AuRa algorithm to Honey Badger BFT in future iterations of the xDai Stable Chain. More information on Honey Badger is available here https://forum.poa.network/c/posdao/hbbft​

Within each pool, these rewards are further divided based on the reward.

Details of the reward mechanism process are subject to change as we fine tune the model.

Reward funds collected by validator pools are distributed amongst the validator and the delegators according to the reward distribution rules at the end of each staking epoch.

STAKE is the staking token, and xDai is the Native Coin. The 70/30 Split rules are detailed in the fees section.

A bridge uses the TokenBridge technology to connect two chains to one another, allowing for asset conversion from 1 chain to the other. The basic mechanism involves bridge smart contracts which locks assets on one side and mint them on the other. When the assets are moved back across the bridge, they are burned and unlocked. Bridges have their own set of validators which monitor token transfers.

BRIDGE HOW TO NEEDED……

Future bridge implementations will extend the multi-staking capability of the STAKE token, allowing additional sidechains to use STAKE as a staking token via bridge connections.

Delegated Proof of Stake (DPOS) is an extension of Proof of Stake - a consensus model that provides rewards to validators in exchange for providing an amount of tokens as stake. This staking process incentivizes validators to act in the best interests of the network, as their stake will be impacted if malicious behavior is detected.

To increase the decentralization of this model and allow for wider community participation, the DPOS model allows any token holders to deposit stake. Delegators do this by placing stake on potential validators (either current validators who may be elected to the next validator set, or candidates who are not currently validators).

Delegators do not participate in block production themselves, but provide leverage to candidates they feel will make good validators. If these candidates are selected, rewards are divided amongst the validator and their delegators.

DPOS provides the opportunity for delegators to “vote” on potential validators by staking tokens on them. Candidates are incentivized to maintain a good reputation in order to attract more delegators and increase their chances of becoming validators. The POSDAO algorithm supports a DPOS model.

The emission curve or schedule refers to the total amount of tokens that will be generated by a platform.

The STAKE token will be released according to a unique emission schedule. For more information see: STAKE Token Rewards and Emission Model​

xDai emission rates will not be determined by the protocol, as xDai correlates 1:1 with DAI, and the amount of xDai is always equal to the amount of DAI locked in the bridge smart contract.

The time duration (in blocks) for which the validator set is selected. On the xDai Stable Chain AuRa implementation, each staking epoch lasts for 120954 blocks, which corresponds to a one-week timeframe with 5 second blocks. This value is configurable for other chains adopting the protocol.

The number of the current staking epoch. The staking epoch increments every 120954 blocks on the xDai chain. A new validator set is chosen for each epoch.

Fees are collected from users of the xDai chain and divided amongst validator pools. Fees are charged for bridge events and transactions.

The STAKE token is subject to limited distribution, and the hard cap describes the maximum amount that will be released to various entities. For additional information related to the release schedule, see STAKE Staking Token Rewards and Emission Model​

Candidates and validators are responsible for maintaining a node capable of verifying transactions and storing the entirety of the chain. A node must meet the technical requirements of the protocol. Instructions for setting up a node are available here .

Rewards are tallied and stored in a smart contract as each block is closed, and are distributed at the end of each staking epoch.

This random number is generated by the current validator set during the staking epoch. Generation consists of several commits and reveal rounds, resulting in a cumulative process where entropy increases over the course of the epoch. If a validator skips revealing their secret number too often, or fails to reveal it in the last collection round (which can influence selection for the next validator set), they are treated as malicious and banned.

STAKE is the staking token for the xDai Stable Chain. It is an ERC20 equivalent (ERC677) on the Ethereum mainnet, and an ERC20 equivalent (ERC677) when bridged to the xDai chain. STAKE is available in limited, hard-capped amounts in an initial public and private offering. It can be obtained through exchange listings… more info here on where it is available, how to obtain.

In addition, we recommend that each validator run two separate nodes simultaneously with different internet connections. This mitigates risk in the event a node goes down during the final reveal phase of a staking epoch. If this occurs, and there is no redundancy, the node is considered malicious and banned from the protocol.

Withdrawals are allowed during the open staking window.

Ordered withdrawals can be claimed once the current staking epoch is complete (within the staking window of any following staking epochs). 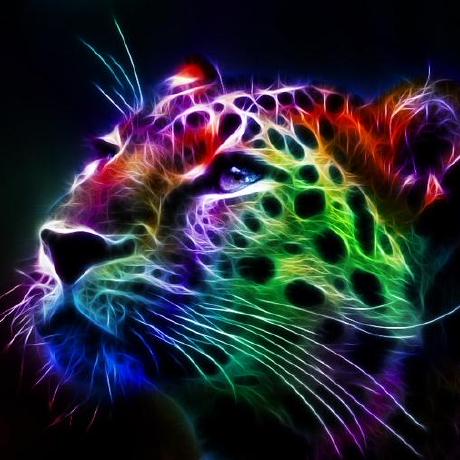